The hills, which are rugged outcrops of the ancient rocks and just high above the Athi Plains, give a clear view of the Kenyan Capital City Nairobi The park can easily reach from Nairobi city just 1-hour drive and you get to the lush cool air parked with scenic views.

There is only one route that trekkers use to hike up to the summit of Oldoinyo Sabuk, which is 2145 meters above sea level. The only route passes through the 14 Falls of River Athi. The park was first settled by the European Explorer, Lord William Northrop McMillan. (1872-1925)He settled here with his wife before they both died and up to date the 3 graves of the explorer's family are still here as you approach the summit. He, his wife, and their dog were buried here which acts as an attraction at the park.

Ol Doinyo Sabuk national park is home to a wide range of wildlife, including buffalos, baboons, bushbucks, impalas, duikers, and more than 40 species of birds. One can enjoy the scenic views of both Mt Kenya and Mt Kilimanjaro.

Distance from Nairobi: About 65 km

What You'll Need for This Hike 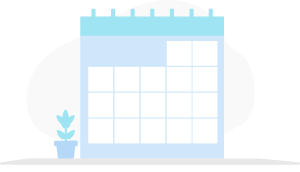